Reflections about my Childhood Immigration Experience

Being an immigrant child is a unique experience since, unlike adult immigration, you don’t choose to move. While it is true that children have little say in critical decisions, this one is undoubtedly and immediately life-changing. I was in my twenties and a university student when I discovered I had a particularly traumatic immigrant child story. Some events helped clue me in, for instance despite arriving in Canada when I was ten years old, I was the only non-international student who spent every holiday on campus. I didn’t have a parent to sign a lease or take out a loan on my behalf. When illness struck, I ended up with social workers because the system relies on people having a strong social network. Unless you’re a newcomer, that is. However, by the time I was in my twenties, I was no longer considered a newcomer to Canada. But it was my therapist’s response when I informed her I had no recollection of the years after my immigration that truly helped me see it. This had hardly concerned me up to that point since I assumed everyone had lengthy memory gaps, and not that it was, in reality, a trauma response.

During my first year in Canada, I was trapped in a nightmare with an abusive stepfather and had no way to seek help. I was 12,232 kilometres from everything I’d known in my ten years of life, as well as anybody who knew me. I fell through the gaps of systems designed to protect children because I didn’t know how to process what was happening or how to communicate it in a foreign language. Needless to say, my family did not follow the recommended approach for settling in and adjusting to life in Canada. No one looked for a way to connect or make a good life for themselves here.

A Path Back “Home”

Once I started to process everything that had happened, I realized I was living a life caught between two worlds, not completely belonging to either.  When people asked me where I was from, I used to get irritated and say things like, “Oh don’t worry, I’m not an alien, I’m from Earth!”

It wasn’t that I didn’t want to be Chilean or Canadian; it was just that neither of those countries seemed like they accurately represented me. I felt like I was carrying this dreadful emptiness with me all the time. My world lacked colour, it was all black and white.

Having no roots offered me certain advantages. I spent a lot of time thinking about what the essence of our human experience was, and I started thinking in ways that allowed me to think outside of time and space. This eventually led me to search for a more spiritual path. As expressive art therapist Shaun McNiff says about experiences like this “ the arts emerge spontaneously as remedies, soul medicine”.

I also realized roots are important, culture matters. I reconnected with my lost Jewish heritage which dated back to ancestors who were killed or went into exile during the time of the Spanish Inquisition. I think reclaiming these histories is vital for those living in the margins. Equally important, is building community. I’m grateful for the safe points of connection I’ve discovered through my artistic practice with the greater arts community and artists.

No doubt, these are complex threads to weave. I explore this further in Gallery 1265’s virtual exhibition on the theme of Self, which includes one of my favourite pieces on the subject. Check it out to learn more about that work, as well as the work of the other incredible artists in the show.

Sculptor Andy Goldsworthy says that  “We often forget that WE ARE NATURE. Nature is not something separate from us. So when we say that we have lost our connection to nature, we’ve lost our connection to ourselves.” I think the arts can be considered an integral part of our natural world. With this view, we receive a method to recognize if we have drifted toward survival and most crucially, we gain a path back, a chance to transform and heal, by seeing arts and creativity as part of our true nature and the natural world.

Photo by Monstera from Pexels

Photo by Masha Raymers from Pexels

About the Author: Constanza

Constanza Farias is a multidisciplinary visual and community-engaged artist based in Toronto of Chilean descent. Her work has been seen in various exhibits, including Being Scene 2021 and Our Crip Notes. Her co-curation of Not (Just) Disabled Bodies: Past(s) and Present(s) drew national attention and sparked a national conversation about art and advocacy, disability rights, and intersectionality. Surrealism has had a significant impact on her artistic practice, both as an expression of a complex reality in the physical world and as a means of describing the most nuanced human experiences and social issues. She is pursuing a degree in psychology from the University of Toronto Scarborough and hopes to infuse her community practice with art therapy as a healing modality. 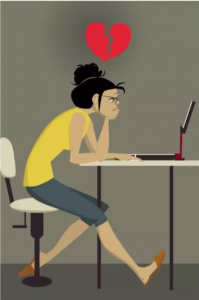 How I Handled a Break-Up During a Pandemic 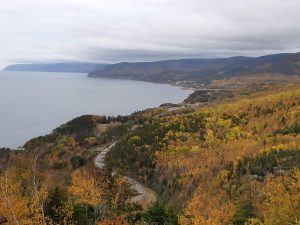 Creating a Thriving Art Practice as a Rural Artist 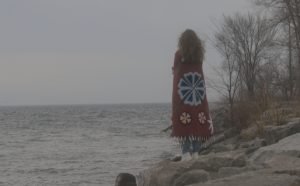 Decolonizing During a Viral Pandemic