This month, as part of the artsUNITE / UNITÉ des arts national launch, we will be highlighting four of our partners from across the country. This week, we sat down with ArtsLink New Brunswick’s Programming Director, Jeri Knopp, for a partner spotlight on the organization as well as an overview of the arts scene in New Brunswick.

Jericho Knopp is a journalist turned arts administrator based out of Saint John, New Brunswick. She’s worked in business, fundraising, teaching, and retail; and her work has appeared in the CBC, Civilized, Leafly, Huffington Post, the Telegraph Journal, Buzzfeed, and The Georgia Straight. She spends her spare time trying to keep up with the ever-expanding corpus of great literature, sneaking a few romance novels in between classics. She also loves exploring, embroidery and cross stitch, hiking with her greyhound, baking, and promptly devouring everything she’s baked.

Tell us a little bit about ArtsLink NB, your mission and the great work that you do to support artists in your community?

ArtsLink is the Anglophone provincial art’s advocacy organization. Our mission takes on three forms, the first is research. We commission reports on the state of the arts and the province. The second is advocacy, we work with the government and sit on different task forces where we’re a voice at the table when it comes to art and convincing the government to invest in the arts. The third is developing and running programs for artists to help them make a living in the arts in New Brunswick.

Tell me about your Cross Cultural Residency! How did it begin?

This is the third year that we’ve done the Cross-Cultural Creation Residency. The first couple of years were a little bit smaller. It was three artists, one from each of the three communities: Anglophone, Francophone and Indigenous. New Brunswick is really unique because we’re the only officially bilingual province and we do have a large Indigenous arts community here as well. So we accepted an artist from each of the three communities and we had them work together on a project that was inspired by their setting.

The first year the artists spent a week in each community. The second year, the residency started in March 2020 when the world started to fall apart, so it ended up being a two week residency in one place. And then this year, this was really the brainchild of the Francophone arts advocacy organization in the province. They normally send a group of artists to the Banff Centre for the Arts but that wasn’t possible this year.  So, instead, they talked to us about doing a bigger residency. They really wanted to simulate what would happen at the Banff Centre and give the artists the chance to focus entirely on their work without any distractions. They wanted to do something similar here, and we were all for it. They have a long-standing connection with Kouchibouguac National Park, which is one of the two national parks in New Brunswick. It’s on the coast with a mixture of beautiful Acadian forest and sand dunes. We thought it would be a great place to do the residency.

Can you speak to the choice of building a “lo-fi” residency in the face of a pandemic where the world has gone digital? What inspired that?

I don’t know if it was a conscious choice, given that everything is online right now, to go back to nature, it was just an opportunity that presented itself that we decided to lean into.

But I definitely think that there is some good that can be done there. Especially in terms of getting away from all of the distractions for a while. I know that now more than ever, I’m attached to my phone, and I’m attached to my computer. I am really excited because I’m going to be there with the artists all 10 days. So I’m going to use it as a mini artists retreat for myself when I don’t have to be working.

I want to ask you about The Foundry, your free online database of skill development courses. I think it’s phenomenal. Where did the inspiration for this resource come from?

[In the past] We’ve run individual one-off workshops and we ran an eight-week business accelerator course called Catapult. But what we were finding was that a lot of people weren’t able to access some of these things, whether it was because they couldn’t go in person, the times didn’t work for them or they didn’t have the time to commit to a full eight-week program. Whatever the case may be, there were people who were falling between the cracks. Because of that, we proposed an online skills accelerator, specifically for New Brunswick artists, and with courses that are taught by local artists and entrepreneurs. We developed this online portfolio and we came up with a series of five courses to start in partnership with CraftNB. We have plans to add more courses in the future. It’s just a question of getting funding for them, which is the constant question in our sector, isn’t it? 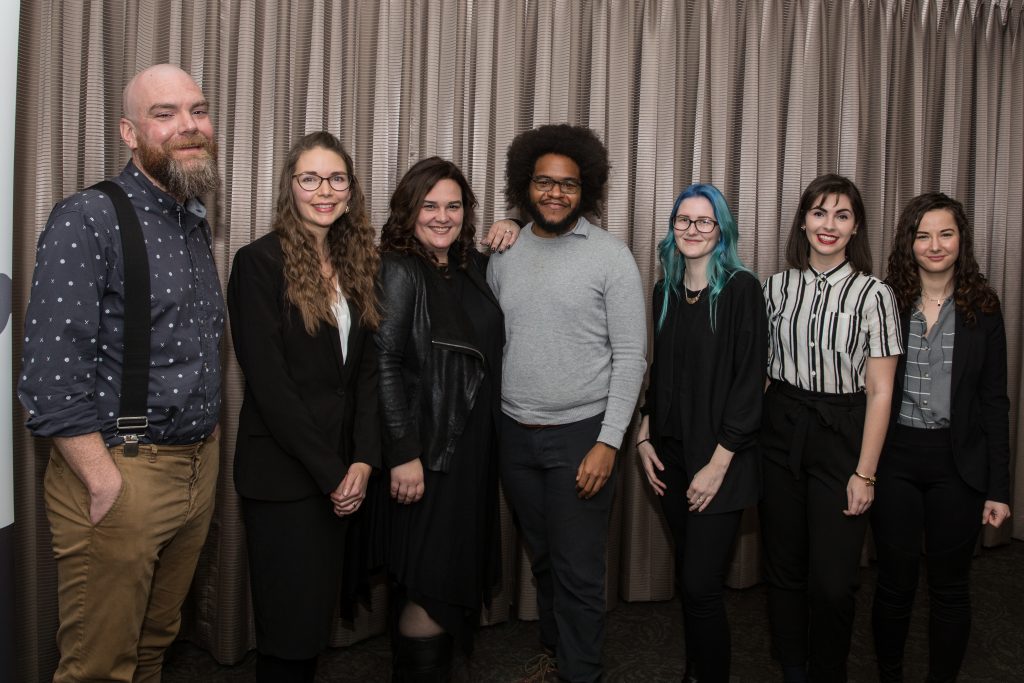 I think that one of the things that has been very obvious, given our increased use of technology, is that people from the Atlantic provinces, New Brunswick in particular, tend to get forgotten. So I’m really excited that we’re talking today because a lot of the times when national arts organizations exist, they are based in Ontario, and they say that they’re national, but it’s very focused on Ontario and maybe Vancouver.

And just one last question for you, what is something that you have learned specifically about the New Brunswick art scene in your time working at this organization?

That it is much bigger, much more vibrant and much more diverse than I could have ever imagined. I have found that people tend to have the attitude that this is a place that you have to move away from to be successful. You have to go somewhere like Toronto or Montreal to make it as an artist. But working in the arts has introduced me to so many artists who are finding success locally. We have so much talent here and it’s really wonderful to be a part of.

If you’re interested in learning more about ArtsLink NB’s research you can read their latest report, Cultivating our Creative Workers, here.

Maddie, the Partnerships Coordinator for artsUNITE, loves to bake and prefers forests to beaches. 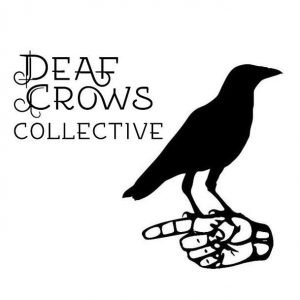 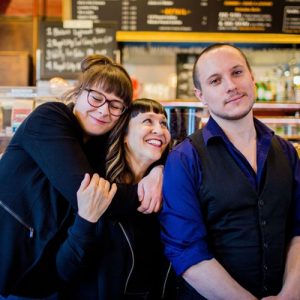