This week’s playlist was curated by Richard Gracious, a musician and producer from London, Ontario.

Richard Gracious likes everything there is to do with records. When he is not listening to them he enjoys creating them himself or with artists in his community that trust him enough to be a part of their creative process. Whether it be working out of his home studio creating demos, making notes on test pressings or writing songs in his living room, Richard enjoys all the stages that go into creating a time capsule of a moment that we can press into a thin, flat, piece of plastic that we call a vinyl record that can be shared and enjoyed with thousands of people. This is why he started his own DIY label called Forest City Records that works with local artists to create and distribute art in his hometown of London, Ontario. When Richard is not working on records his number one place to be is playing on stage and touring as part of Wolf Saga; an Indigenous fronted electro pop group that enjoys getting people dancing, and bringing an exciting show to as many stages as possible.

Richard also works for CBC London as a board operator and associate producer creating playlists for the morning show and hosting his own musical segment “In The Mix”. 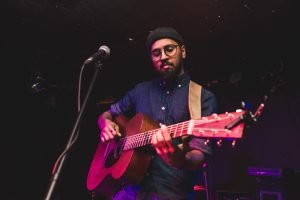 About the Author: Sarah Bobak

Sarah is a content contributor for artsUNITE/UNITÉ des arts. She enjoys travelling, learning new languages and tossing a frisbee. 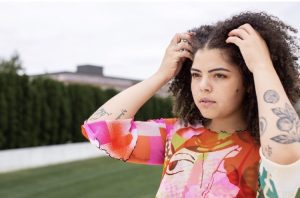